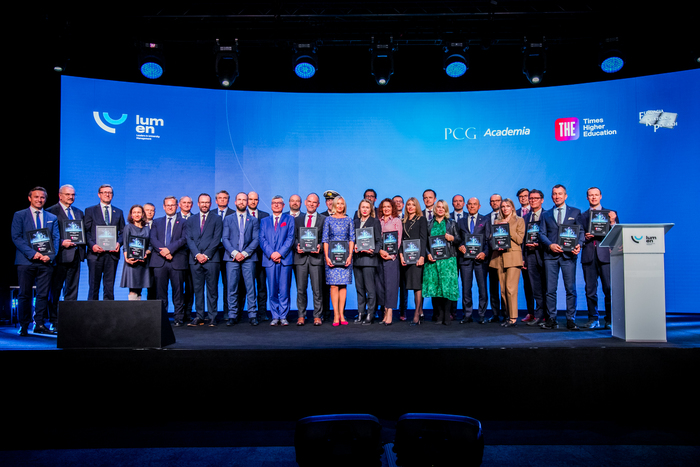 The eighth edition of the international LUMEN 2022 conference was combined with an award gala for Polish universities classified in one of the world’s most prestigious rankings of universities – THE World University Rankings 2023. Organizers of the event taking place on November 22-23 2022 were: PCG Academia, Times Higher Education and the Polish Rectors Foundation. In the ranking, the MUG was ranked 801-1000 in the general category among the record number of 1799 participating academic centres and 4th among 34 Polish universities An occasional diploma for the University was received by Dr. Habil. Agnieszka Zimmermann, Assoc. Prof. The broadcast of the event is available on YouTube.

THE is the only one of the 4 most important university rankings (together with ARWU, QS and US News) in which our University was among the 1000 best in the world, obtaining the highest scores in the Citations and International Outlook indicators, as well as remaining at the forefront of the best academic centre for foreign students. The full list is available at www.timeshighereducation.com, and a broad commentary by Prof. Michał Markuszewski, Vice-Rector for Science was published in the information regarding the announcement of this year’s results.