The use of a new therapeutic method of stroke treatment developed by a team led by Prof. Bartosz Karaszewski, Head of the Department of Neurology at the Medical University of Gdańsk was successful. The research was conducted as part of two projects financed by the Medical Research Agency for a total amount of over 30 million PLN.

– In the first patient in the world treated with the proposed regimen, we got relief from all symptoms of acute stroke, which the so-called NIHSS scale takes into account – said Prof. Bartosz Karaszewski, project’s main researcher. – If the research shows effectiveness, every year dozens or even hundreds of people in a country like ours will return to normal or almost normal life activity after a stroke, and in such a case these standards would also be implemented by international societies.

Stroke is the most common cause of permanent disability in adults in the world and one of the most common causes of death. As much as 85% of all strokes are ischemic strokes (IS) – caused by acute closure or critical narrowing of an intracranial or intracerebral artery. The immediate cause of more than 20% of ISs is cardiovascular embolism. This is a situation in which blood clots in the heart’s cavities reach- and cause closure of one of the arteries in the brain.

– I was speechless, started mumbling, I had trouble to keep my balance, my face twisted. I wanted to say something, but it was very difficult for me. I just said – “ambulance.” The doctor who was admitting me, offered treatment as part of the tested therapy for patients like me. When I heard that, I had no doubts, I wanted to go back to work, be independent. When the doctor offered to participate in the study, I knew it was an opportunity – says Mr. Edward, a clinical trial participant. 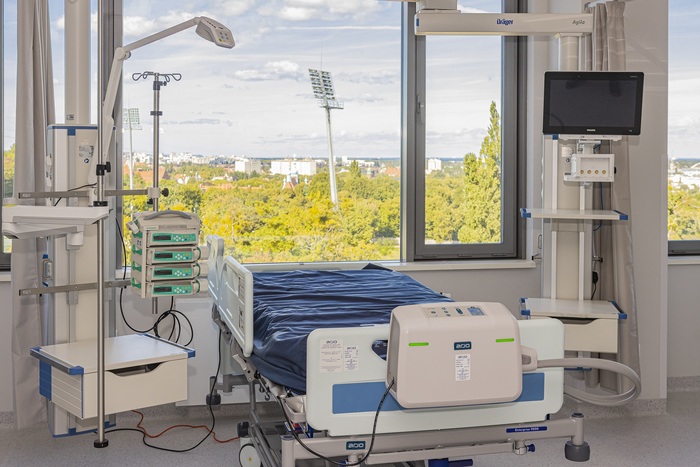 As part of the MRA grants, the MUG’s research team implements the STROACT and WAKE-IN projects, which aim to create new therapeutic opportunities in specific groups of patients with acute ischemic stroke. The first one examines the effectiveness of a complex drug regimen developed by scientists in patients whose small or medium arteries supplying blood to the brain have been closed in people who are permanently taking the so-called anticoagulants. This is the largest group of stroke patients who – even if they are hospitalized quickly enough – at the moment cannot receive any causal treatment – with potentially radical therapeutic effect.

The hypothesis of the STROACT study is that patients taking the most popular new anticoagulants for ischemic stroke, if they are not eligible for mechanical thrombectomy, may receive effective reperfusion treatment according to a new regimen studied by scientists.

– There were a lot of people around. A large room, on the sides of other patients’ beds. Monitors, sounds. The doctor examined me several times. I was given drips and drugs to help. I remember everything until my blood pressure dropped. Later brighter again. Speech returned, I felt my lips better, my right hand was working well again. On the same day, all symptoms disappeared. The wife has arrived. I am still working, I have no problems with it. I’m fishing with my grandson – rejoices Mr. Edward, a participant in a clinical trial.

The WAKE-IN project will investigate the effectiveness of the invasive method of treating ischemic strokes – mechanical thrombectomy in specific, carefully selected groups of patients who have closed the large artery supplying blood to the brain, but who, according to today’s standards, cannot undergo such surgery.

Detailed information about the non-commercial clinical research implemented at the MUG can be found at clinicalresearch.mug.edu.pl.