StartUniversityNewsAcademic Year 2021/2022Scientists of the MUG in th...
News

StartUniversityNewsAcademic Year 2021/2022Scientists of the MUG in th...

Scientists of the MUG in the world top

The TOP 2% list includes also scholars composing the International Advisory Council operating at the MUG under the Excellence Initiative – Research University Program. Amongst world’s best scientists is Head of the Council Professor Dame Anna Dominiczak, Regius Professor of Medicine, College of Medical, Veterinary and Life Sciences, University of Glasgow, Glasgow, Scotland, the 1978 year graduate of our University, awarded with honorary title of Ambassador of the MUG., as well as: prof. Andrea Gallamini from the Department for Research, Medical Innovation & Statistics A. Lacassagne Cancer Center, Nice, France, prof. Christoph C. Zielinski – Director of the Clinical Division of Oncology and Chairman of the Department of Medicine I and the Comprehensive Cancer Centre at the Medical University of Vienna, Vienna, Austria, prof. Reinhold Kreutz – Director of the Institute of Clinical Pharmacology and Toxicology, Charité – Universitätsmedizin Berlin, Berlin, Germany, prof. Giuseppe Mancia – Professor Emeritus at the University Milano-Bicocca [after 20 years as Chairman of the Division and Department of Internal Medicine at the same University at the San Gerardo Hospital in Monza and Director of the Interuniversity (Universities of Milano, Milano-Bicocca and Pavia) Center for Clinical Physiology and Hypertension], Department of Clinical Medicine, University of Milano-Bicocca, Milan, Italy and Professor Sir Magdi H. Yacoub from the National Heart and Lung Institute, Imperial College London and Founder and Director of Research at the Harefield Heart Science Centre (Magdi Yacoub Institute), London, England. 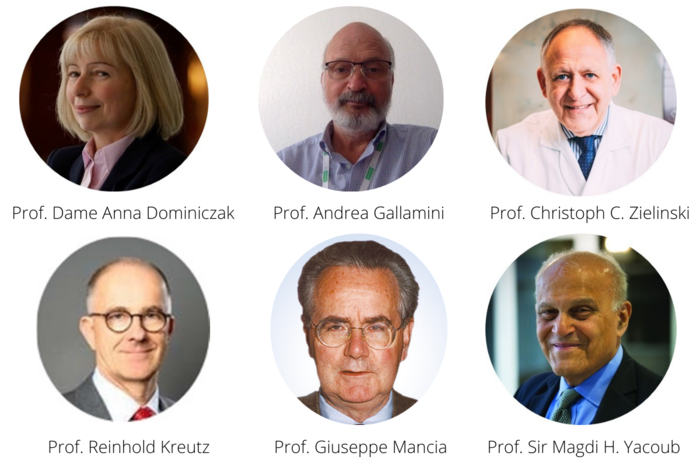 The rank has been prepared by the Stanford University in cooperation with Elsevier and SciTech Strategies companies. The TOP 2% ranking evaluates the scholars’ scientific achievements in terms of bibliometric index which involves i.e. Hirsch index, number of independent citations and a researcher’s role among the authors of publication. Out of total 187 thousands of world’s most influential scientists 957 represents Poland. Full list of honoured scholars is available on the website.