An honorary doctorate for Professor Jaguszewski 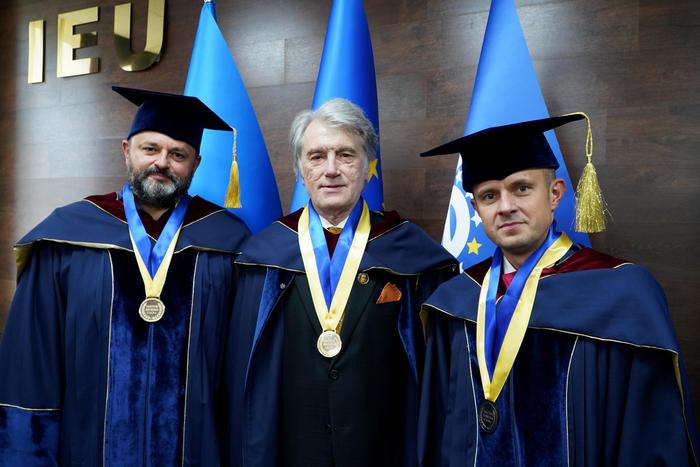 The Kyiv International University (KyIU) has gained a new doctor honoris causa. The university bestowed this honorary title on Prof. Miłosz Jaguszewski from the 1st Department of Cardiology of the Medical University of Gdańsk in recognition of special contributions to science in the field of medicine. The ceremony was held on September 16, 2021. Along with Prof. Jaguszewski, the honorary title was awarded to: Wiktor Yushchenko – Prime Minister (1999-2001), and in 2005-2010 President of Ukraine and Rostyslav Valikhnovski – surgeon, priest of the Ukrainian Orthodox Church, Deputy Head of the State Administration of the President of Ukraine in 2008-2010, advisor to the Minister of Emergency Situations of Ukraine (2010-2012).

– I am honored by this award, but especially by the group of awardees. This is a great day for me because I have met a legend. Viktor Yushchenko is a national hero of Ukraine, and for me a great man in front of whom I felt intimidated – said Prof. Miłosz Jaguszewski.

The ceremony was presided over by the Rector of the Kyiv International University, Prof. Oleh Padalka. Alla Navolokina, Vice-Rector for Education, Science, and International Cooperation, delivered a laudation in honor of the IEU Honorary Doctorates. In her speech, she emphasized the importance of international cooperation in building a scientific and teaching community to constantly improve the level of teaching and knowledge. 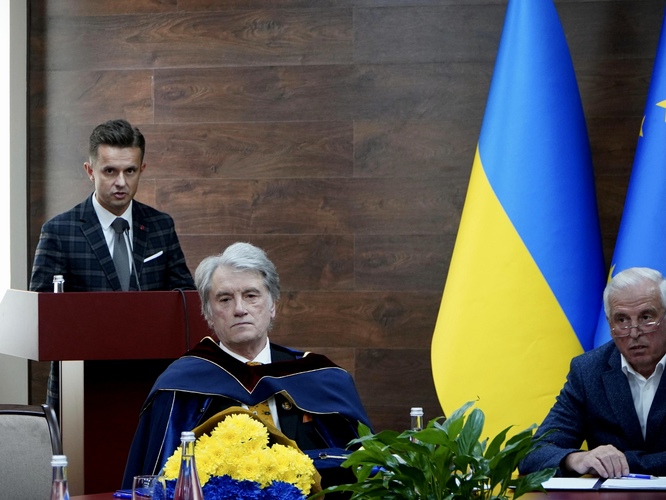 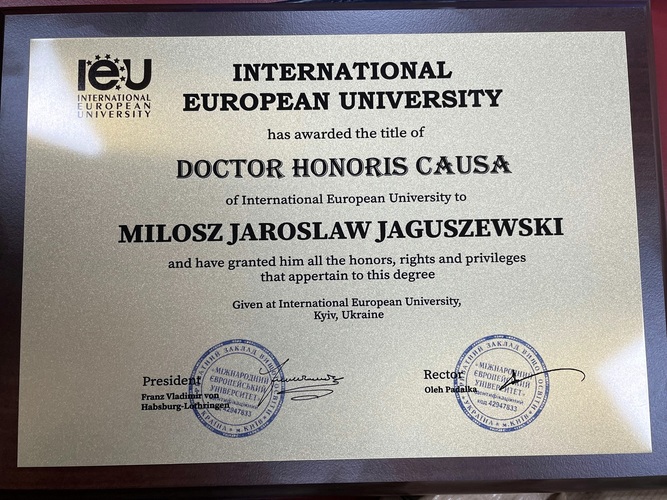 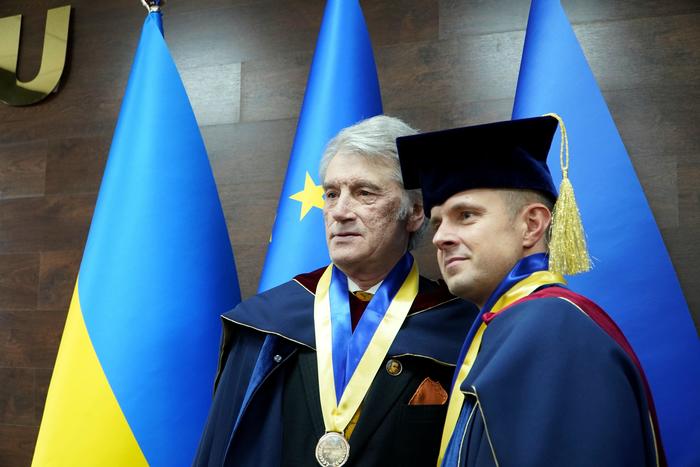 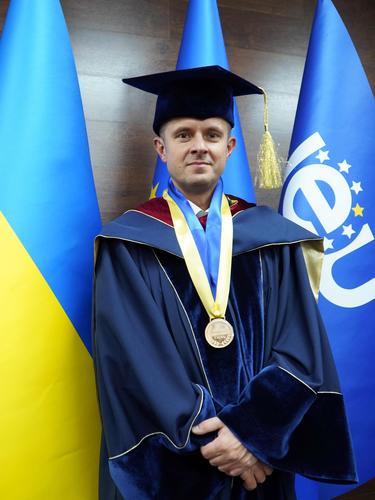 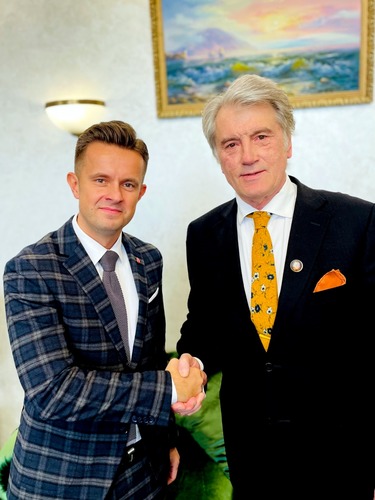 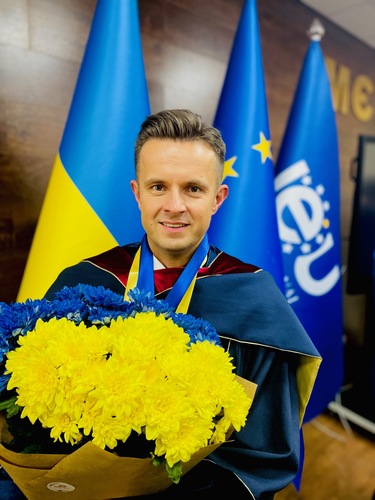 INFORMATION ABOUT THE LAUREATE

Prof. Dr. Habil. Miłosz Jarosław Jaguszewski, FESC is a cardiologist, academic teacher, professor of medical sciences employed at the 1st Department of Cardiology of the Medical University of Gdańsk. Since September 2021 he has been acting as Deputy Head of the Cardiac Intensive Care Unit of the University Clinical Centre in Gdańsk.

Originator and coordinator of the Young Scientist Program (Young Scientist) project implemented at the Medical University of Gdańsk since 2020, which aims to support students interested in developing their competencies and conducting research-related work.

He has completed numerous internships abroad, including at the University Hospital of Zurich and the Charite University of Berlin. Co-founder of the Berlin Invasive Research and Quantification (BIRQ) Core Laboratory for intravascular imaging.

He is a two-time honor student of the European Society of Cardiology and the Swiss National Foundation.

In 2018, he won the Super talents in Medicine competition, a plebiscite promoting leaders of the young generation of physicians organised by the editors of Pulse of Medicine. In 2019, he received the most important scientific award given by the Polish Cardiology Society (PTK) – the Award of the Chapter of Presidents for a series of works entitled “The most important scientific award. Modern diagnostic techniques and optimization of interventional therapeutic strategies for patients referred to the hemodynamic laboratory.