The best international student in Poland

The best international student in Poland

Marlon Souza Luis, a 6th year English Division medical student, proved to be unrivalled in this year’s edition of the INTERSTUDENT contest in the masters studies category. The results were announced on April 26th during the 11th Gala of the competition for the best international student in Poland accompanying the conference “International students in Poland 2021”. Due to the epidemic situation the event was held online. It is worth noting that this is the third MUG student awarded in this prestigious nationwide competition. The first winner was Gabrielle Karpinsky in 2015, the second one was Charles Woode in 2019.

– I am very proud to have received that award. I know there must have been a lot of nominees for this position. I am glad I was able to win – said Marlon Souza Luis. – Personally I feel like I haven’t done enough and that I could have done a lot of more in these past few years. But I am glad that the work I have done, has been recognized.

The symbolic presentation of the statuette took place at the MUG. The meeting was attended by the Rector of the University, Prof. Marcin Gruchała, Dr. Habil. Kamil Chwojnicki – Deputy Dean of the Faculty of Medicine, and the author of the winning nomination – Prof. Ewa Bień, Vice Chair of the Department of Paediatrics, Haemathology & Oncology of the MUG.

– As the rector, it is my great honor to present the award for the best international student this year. I am very proud that we have such an active student. I know that you are the best of the best – said rector Gruchała. 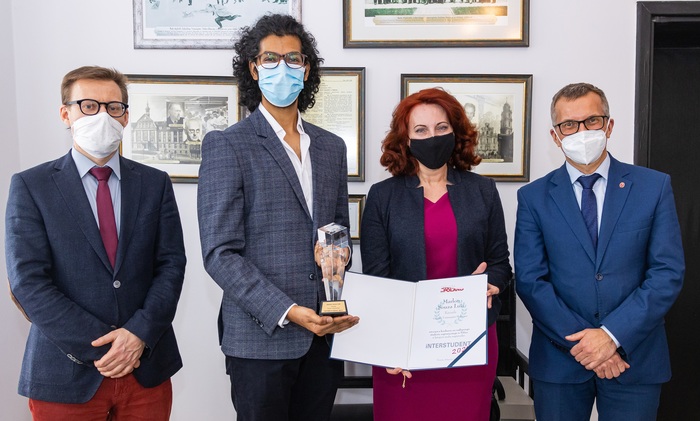 – English Division students are permanently inscribed in the life of our University. I am even more pleased that one of our students has won the INTERSTUDENT competition for the third time – added Deputy Dean Chwojnicki. – Marlon is an exceptional student. He has an extraordinary ability to combine his studies with involvement at the University. I wanted to highlight his activities that are part of the mission of our University, especially his volunteer work and the activities towards integration and anti-discrimination.

The jury appreciated Marlon’s enormous commitment and numerous educational, social and charitable activities. The activities and projects in which Marlon is involved could be split between several people. He runs a student educational project Fun with English, eaching English to little patients and their parents through games. He conducts workshops for students and organizes charity events for the patients of children’s wards of Gdańsk hospitals, often cooperating with companies and foundations in Tricity.

– Marlon’s main traits are patience, perseverance, and a constant desire to help others – patients, their families, and fellow students. He dedicates countless hours of his free time, engaging in numerous educational, social and charitable activities and projects. These qualities are particularly important for a medical student and future doctor – said Professor Bień. 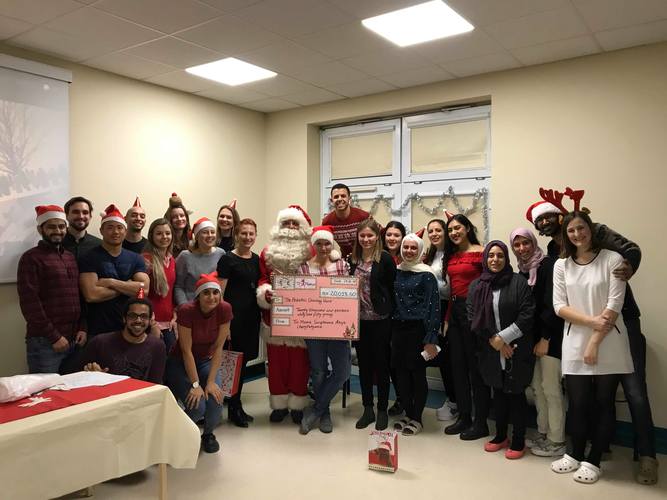 In March 2020, with the spectre of a new, unknown disease caused by the SARS-CoV-2 virus hanging over the world, Marlon didn`t hesitate to start his work at the 3D Printing Lab. Under his leadership, a group of three students began producing personal protective equipment; visors, masks, and even disposable thermometer covers that were sorely lacking in the wards and clinics at the time.

Everything he does for the student community of our University is characterized by the ideas of openness, cultural, religious and social tolerance. His involvement in the University’s anti-discrimination campaign Culture of Respect is a proof of that.

– Marlon is an excellent organizer, actively and effectively participating in many different student groups to unite the multicultural student community of the University. It was under his leadership that the English Division Pediatric Oncology Scientific Circle began to include not only English speaking students but also Polish students of the Faculty of Medicine. Thus, it became one of the first scientific circles of the Medical University of Gdańsk in which students of both faculties have the opportunity to cooperate with each other, share experiences and become friends. And not only friends! It was also in this Circle that Marlon met a Polish student of the Medical University of Gdańsk, Zuzanna, who will soon become his wife. – added Professor Bień.

Furthermore, Marlon is also a promising young scientist. Thanks to him, the first student oncology conference (OSCC) conducted exclusively in English was held at the MUG in 2019. He has also co-authored a paper accepted for publication in the prestigious Cardiology Journal and is a member or leader of numerous scientific societies.

– Among the foreign students I know currently studying at the Medical University of Gdańsk, Marlon is one of the best. I am sure that wherever he decides to continue his career, he will become an extremely valuable asset there – said Professor Ewa Bień. 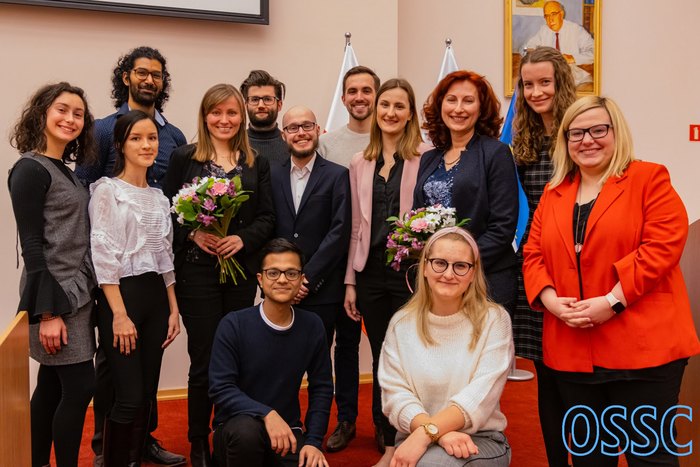 The mission of the INTERSTUDENT competition is to identify, reward and promote the best international students studying in Poland at Bachelor’s, Master’s and Doctoral levels. The competition is organized by the Perspektywy Educational Foundation under the honorary patronage of the President of the Conference of Rectors of Academic Schools in Poland and with the cooperation of the National Representation of PhD Students and the Polish Students’ Parliament.. 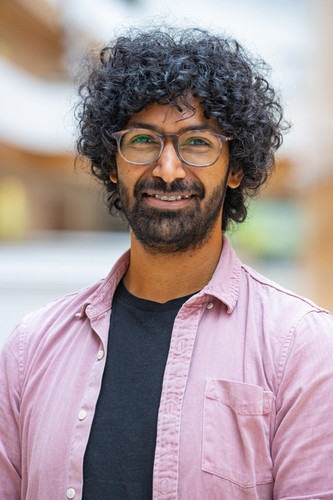 Co-author of the 3D Printing Covid Student Task Force initiative to print personal protective equipment on 3D printers. Between March and June 2020, a group of three students led by Marlon produced hundreds of visors and protective masks that were donated to departments at the University Clinical Center in Gdańsk and numerous hospitals in the Tri-City struggling with PPE shortages.

Marlon is the organizer and active leader of the educational project Fun with English for children with cancer treated at the Department of Pediatrics, Hematology and Oncology of the Medical University of Gdańsk. The project was established in 2011 by students – members of the English Division Paediatric Oncology Scientific Circle, of which Marlon is the current leader. The project consists of cyclical meetings of foreign language students with pediatric patients and their parents, during which English language learning is conducted through games and artistic activities. These meetings give the students an opportunity to present their countries and cultures, and for children and their parents they are a unique chance to get to know different cultures “from the inside”.

Organizer of numerous events for pediatric oncology patients to diversify their hospitalization (Andrzejki, Mikołajki, Christmas Tree and others). Organizer of the charity action The Gift That Keeps Giving, the proceeds of which are donated in full to the Department of Pediatrics, Hematology and Oncology at the MUG.

Thanks to him, the first student oncology conference (OSSC) conducted exclusively in English was held at the MUG in 2019. He has also co-authored a paper accepted for publication in the prestigious Cardiology Journal and is a member or leader of numerous scientific societies. He thinks about cardiology as his future specialization.